What Is The Difference Between ADHD and HSP? 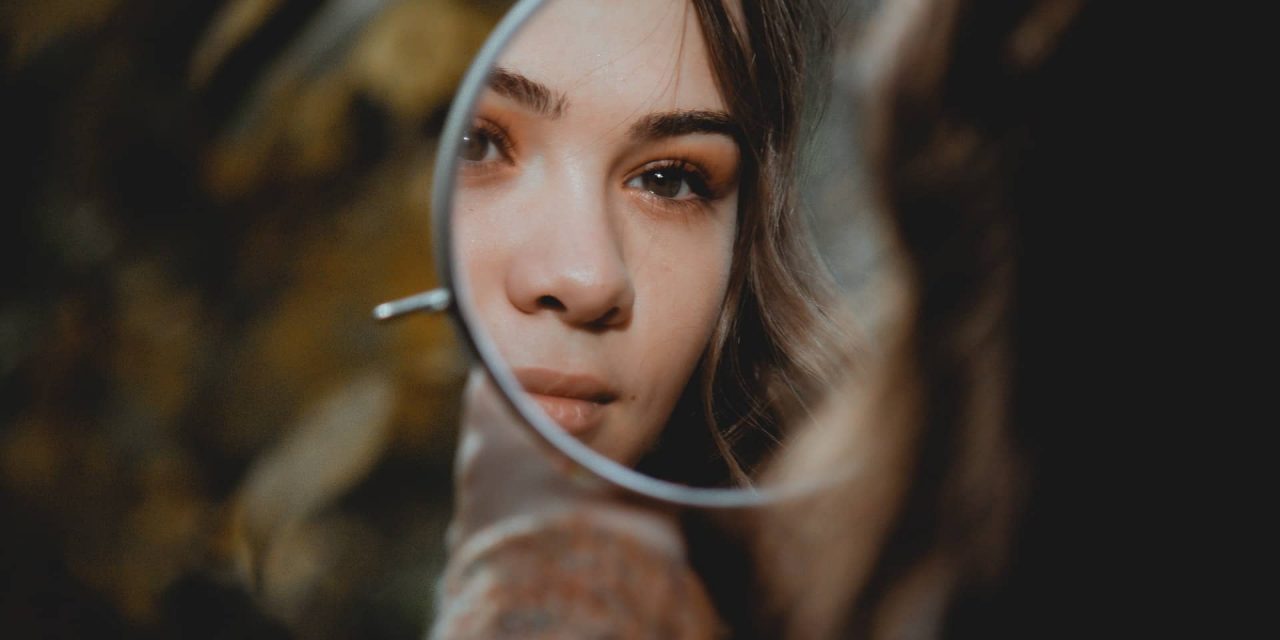 Home » Highly Sensitive Person » What Is The Difference Between ADHD and HSP?

Knowing the true difference between having ADHD and being an HSP is more confusing than one might think. There is some overlapping in symptoms or personality traits, but there still remains a clear distinction when discussing both conditions.

When you start learning about the HSP trait, you’ll notice that there are many overlaps with ADHD. Consequently, you may question whether you are a highly sensitive person or a person with ADHD.

While only health care professionals can truly diagnose ADHD, it is wise to find out whether an ADHD assessment may be a wise choice for you or not.

In this article, we share the differences between the two and help you understand both.

What Is The Difference Between ADHD and HSP?

Self-awareness is sought after especially with the new significant presence of mental health. People often wonder if they are mentally ill or possess some form of mental disorder.

The likelihood of having at least one is very probable, but discerning which one without seeking a healthcare professional is close to impossible.

Of course, given the opportunity and circumstance, it is in your best interest to seek a medical professional whenever doing so is possible.

However, lots of individuals find themselves unable to and must look for answers about their mental health on their own. First, we must begin with the basic definitions of ADHD and HSP.

ADHD is an acronym for adult attention deficit or hyperactivity disorder, and it is imperative to note that ADHD is a neurodevelopmental disorder.  Some might think ADHD can be summed up as a person having difficulty paying attention or being a little hyper in nature. Not only is this notion very narrow-minded, it just isn’t always the truest.

Dealing with ADHD and learning to tell the difference between that and other disorders/conditions is not for the faint of heart. There are symptoms that exist but are not widely recognized and lead to false diagnoses. So what should we be looking for in a person with ADHD?

People who suffer from ADHD can have a multitude of symptoms. Some symptoms are relatively obvious while others can be difficult to detect. Here are some you can take note of to get a better idea.

The more apparent symptoms of ADHD include impulsiveness, disorganization, and problems focusing or multitasking. There can also be excessive activity and signs indicating not being able to follow through and complete tasks.

This person may appear to have had too much sugar in the morning and be running on endless energy, but none of both may be in their control.

Additionally, there are some habits that people with ADHD form that may not be common knowledge. When you have an attention deficit, you may find issues with prioritizing certain things over others.

Being a hyperactive person with a desire to always keep mentally going can cause a low frustration tolerance that may lead to incessant anger. These side effects are notably harder to pinpoint and easily mistaken for bipolar personality disorder or some form of anger issues.

Granted, highly sensitive people can sometimes find themselves relating to other traits of an ADHD person. These traits include poor time management skills and planning, frequent mood swings, or trouble coping with stress.

All attribute to both ADHD and highly sensitive people. This would imply that some ADHD people can also be HSP, which is an interesting idea, to say the least.

If you’d like to read more about ADHD, you may like the book ‘Your Brain’s Not Broken: Strategies for Navigating Your Emotions and Life with ADHD’.

What Does It Mean To Be A Highly Sensitive Person?

Essentially, being an HSP mainly consists of having a personality trait that makes you highly perceptive towards your environment. If you consider yourself an HSP you may process things more deeply and observe more carefully. You might also be easily susceptible to overstimulation as all the sensory input touches you more deeply compared to less sensitive people.

Oftentimes, highly sensitive people also are empaths at their core. This type of person does not have a mental disorder, because being highly sensitive is not particularly harmful. Whereas mental disorders like ADHD are generally seen as a challenging disorder. Or at least a condition that makes your life, more often than not, more difficult.

Traits of a Highly Sensitive Person

Before you can cope with being a highly sensitive person, let’s point out some characteristics that will help you determine whether you are an HSP. Try to remember that no one trait can directly diagnose you, but these are some things to keep in mind.

According to HSPerson, highly sensitive people may find themselves becoming mentally confused, emotionally upset, and/or physically uncomfortable. This state of hypersensitivity can also be associated with a heightened sense of awareness and intuition.

The highly sensitive person is cautious of their surroundings, might be very understanding, and often suffer from mental health challenges such as anxiety. Given their unique nature of feeling emotions on a grander scale, they can sometimes feel like an outcast even in familiar environments.

Do you want to learn more about being a highly sensitive person? We highly recommend you to read the book ‘The Highly Sensitive Person: How to Thrive When the World Overwhelms You’.

Why Do People Confuse ADHD And HSP?

To be completely upfront, both people who have ADHD and consider themselves an HSP might be thinking to themselves what the actual difference is. The mental health diagnoses have lots in common and technically someone could be both!

A couple of differences between ADHD and HSP have been mentioned. For instance, ADHD is a disorder while being an HSP is a personality trait. Also, some people with ADHD are struggling exclusively with having an attention deficit or hyperactivity. Ultimately, the truth is a person with ADHD can also be a highly sensitive person. But not all highly sensitive people have ADHD.

The true difference between ADHD and HSP lies in the concept of stimulation. Writers at Psych Central say, “when noise levels or activity is at an ok level or interesting for others, it’s too much for HSP’s; ADHD patients, on the other hand, might be looking for more stimulation.”

What Does Knowing The Difference Between ADHD and HSP Mean For You?

After discovering what ADHD and HSP really mean and how they intertwine, you can now proceed to learn a little bit more about yourself. This process of determining your kind of person can be very beneficial to your work schedule all the way to the relationships you carry.

Discover more about who you are so that you may lower the expectations you set for yourself. You may not be physically capable of working over 40 hours a week or having to maintain a large group of friends.

These things require extreme amounts of effort from both HSP and ADHD people. Therefore, knowing the true difference between ADHD and HSP is important to find out the nature of your person and your future. 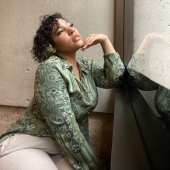 My name is Simmy Green and I consider myself to be a highly sensitive person as well as an empath. These abilities have led me to be very in tune with my emotions and the emotions of the people I am surrounded with. After many years of learning lessons in regards to being highly sensitive, I wanted the opportunity to share these findings with others. Albeit young, I have gone through many struggles in life and suffer from depression and anxiety. Discovering new ways to cope with my situation and sharing them with others is what I consider to be one of my greatest goals in life. We all have our own hardships, but it is my belief that highly sensitive people should come together and help one another. If you find my articles resonate with you, feel free to connect with further on my personal social media accounts. Connect with me on Youtube, Pinterest & Instagram under the username Simmy Green. Hopefully, you will find that you can relate to at least one other person from the content that I share. 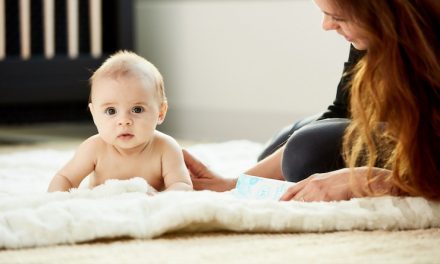 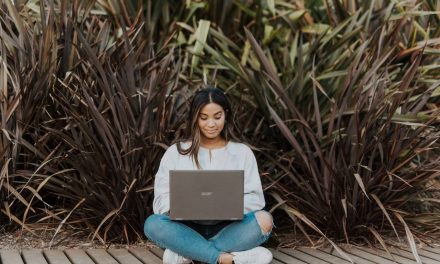 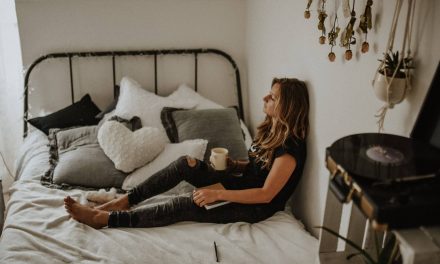